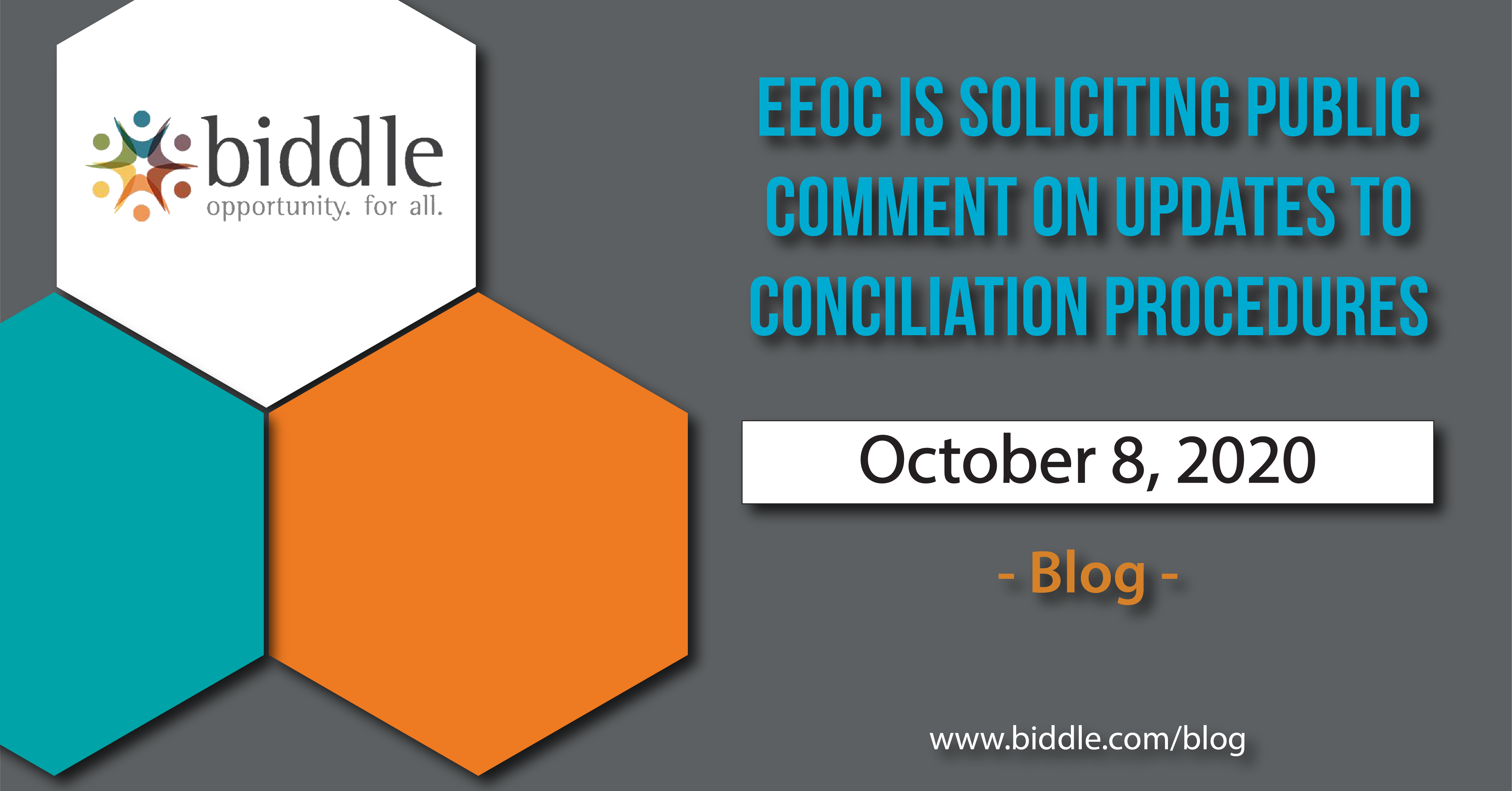 The proposed rulemaking would commit the EEOC to providing respondents with:

These requirements would apply to actions brought under all of the EEOC’s authorities that require conciliation efforts, specifically Title VII of the Civil Rights Act, the Americans with Disabilities Act (ADA), the Genetic Information Nondiscrimination Act (GINA), and the Age Discrimination in Employment Act (ADEA).

The proposal would also provide respondents with 14 calendar days to respond to the initial conciliation proposal from the Commission.

The EEOC is seeking public comment on the proposed rulemaking in general, but specifically asks for input regarding whether the Commission should specify that its disclosures must only be done in writing or if it should allow for oral disclosures. Comments must be received by November 8, 2020, and may be submitted online at www.regulations.gov.