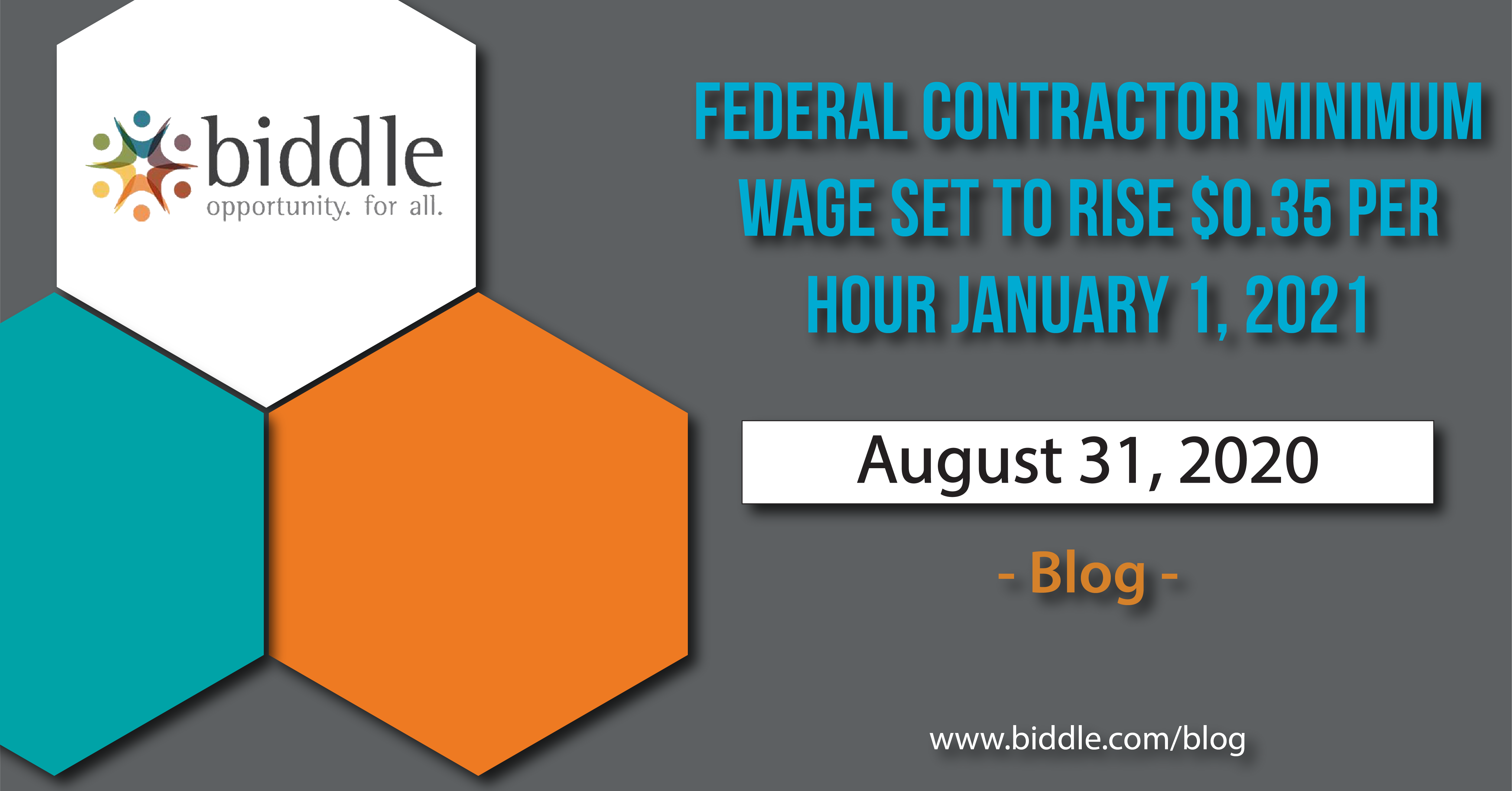 The Department of Labor’s Wage and Hour Division (WHD) has published notice in the Federal Register that the minimum wage for workers performing on or in connection with a federal contract under Executive Order 13658 will rise thirty-five cents per hour from $10.60 to $10.95 effective January 1, 2021. The minimum wage for covered tipped workers will increase twenty-five cents per hour from $7.40 to $7.65.

Executive Order 13658, implemented in 2014, is notoriously complex and difficult to administer.

The Order only applies to certain workers, specifically those whose wages are governed by the Fair Labor Standards Act, the Davis-Bacon Act, or the Service Contract Act.

Finally, the Order exempts grants, contracts and agreements with Indian Tribes, procurement contracts for construction, and service contracts exempted by the Service Contract Act (except concessions).