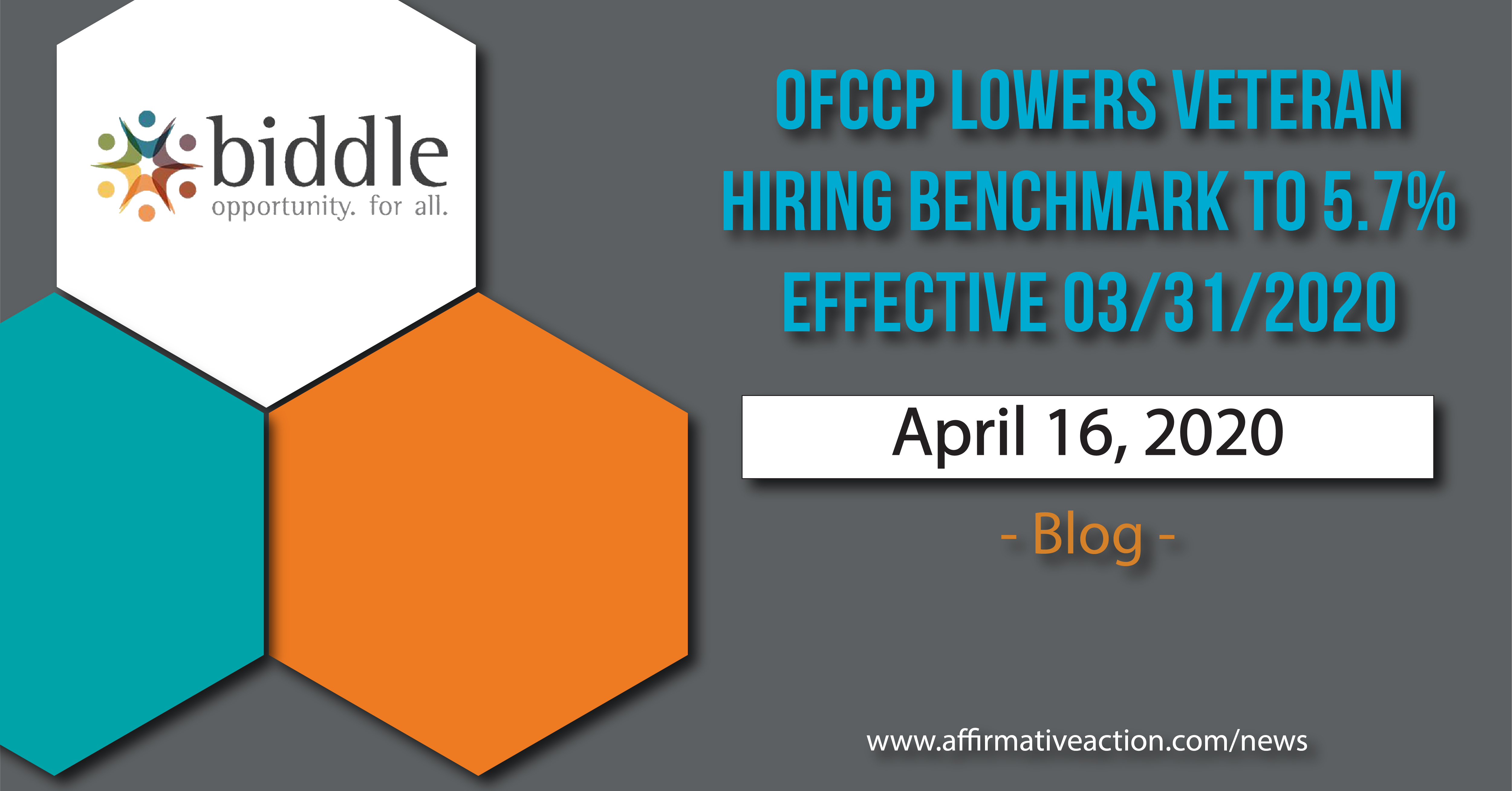 Effective March 31, 2020, the national percentage of veterans in the civilian labor force, as published on the OFCCP website, is now 5.7%.

If your organization adopts the national percentage as the annual protected veteran benchmark, and your AAP start date is on or after March 31, you should use the 5.7% figure.

Although the OFCCP’s guidance here has been spotty and often less than clear, the agency expects contractors to adopt the “current” percentage as of the AAP start date. If the agency reports a lowering (or raising) of the national percentage during the course of a contractor’s AAP cycle, the OFCCP does not expect contractors to change the benchmark adopted at the start of the AAP year. However, the OFCCP’s regulations do not actually prohibit that.