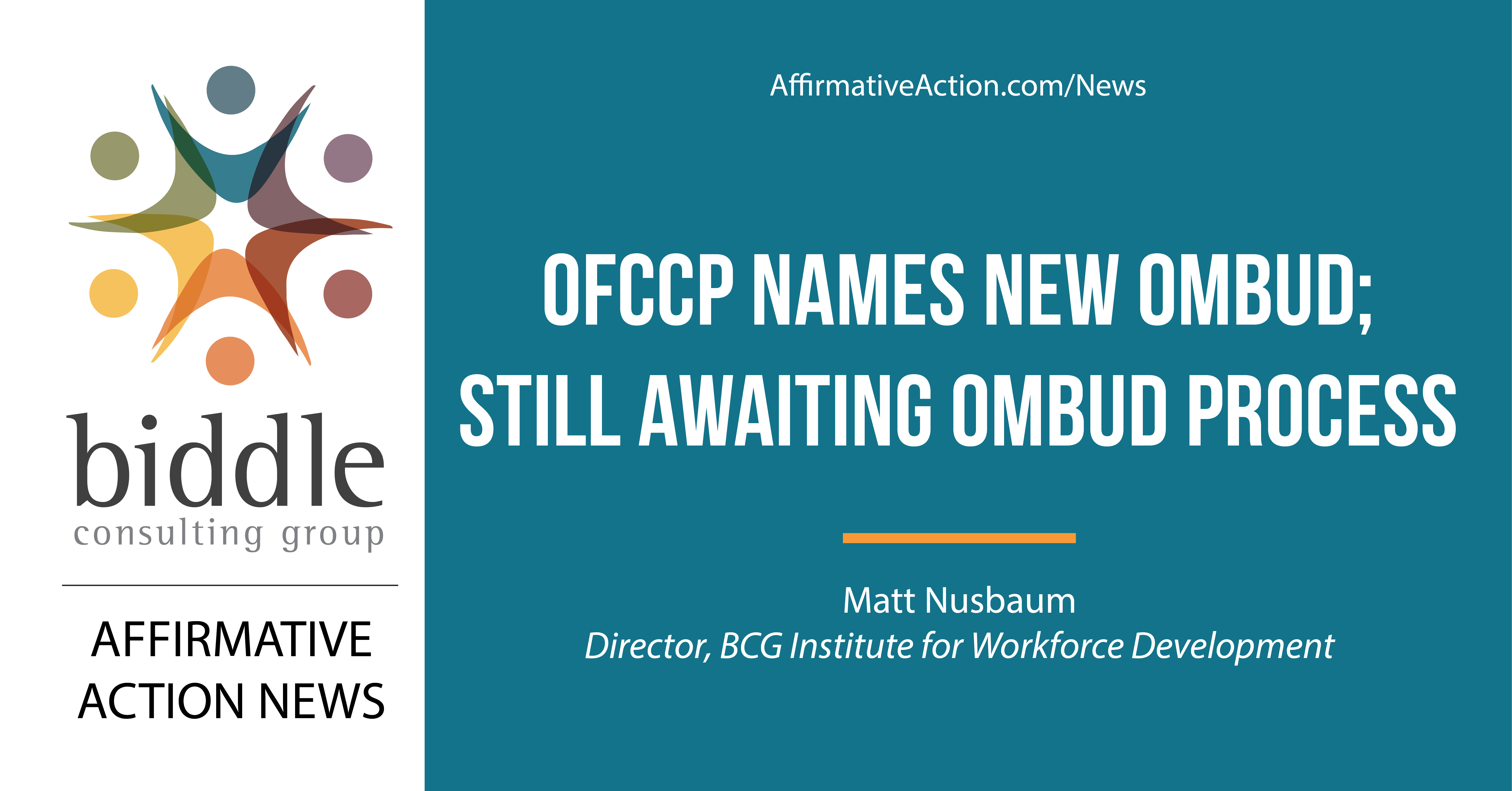 The Department of Labor’s Office of Federal Contract Compliance Programs (OFCCP) has fulfilled a promise made in September 2018 with the publication of Directive 2018-09, “OFCCP Ombud Service.” That directive formally announced the agency’s intent to create an “Ombud Service” in the national office to “facilitate the fair and equitable resolution of specific types of concerns raised by OFCCP external stakeholders in coordination with regional and district offices.”

Today, the OFCCP announced the hiring of Marcus Stergio to serve as the agency’s first “Ombudsman” under the new program. According to the directive, the next step is for Ombud Stergio to design, implement, and execute an OFCCP Ombud Service. In other words, we have an OFCCP Ombud, but we do not yet have a functioning program.

Traditionally, an Ombud is an official charged with representing the interests of the public by investigating complaints of mismanagement and providing recommendations and/or resolving issues through mediation. The OFCCP’s Ombud Service is intended to assure contractors that the agency is treating them fairly and in a manner consistent with agency legal authorities, policies, and procedures.

The OFCCP’s choice of Marcus Stergio would appear to be based largely on his dispute resolution experience. Mr. Stergio has a Master of Arts in conflict resolution and has, among other things, been a guest lecturer on mediation and conflict management at Harvard Law and the Massachusetts Institute of Technology (MIT) and most recently served as the Manager of Commercial & Corporate Programs for a nationally-recognized private dispute resolution firm based in Boston.